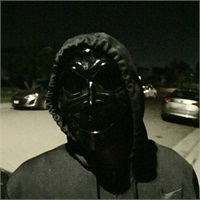 Larry and CEO go way back... friends since middle school. After the success of 2012, CEO asked Larry to stop by and check out the 2013 Haunt. At that time Larry wasn't involved in any room, he was helping with giving out candy and was having fun just watching everyone get scared. He was having so much fun that he decided to take over Taylor and her doll room and scare people. At first he felt guilty for scaring the little kids, but he got over that quickly and has been a part of the team since. He is a huge asset to Salem Haunts. He helps in planning and purchasing to ensure every year is a successful year. His input is very valuable to the team and Salem Haunts is happy to have him on board.